Must Christians Think Everyone But Them is Going to Hell? 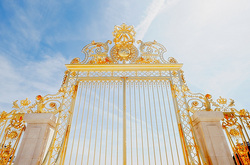 This is a question often asked by Christians and non-Christians alike.
If someone is going to be a follower of the Christian faith, must they automatically assume no one else is going to make it to the pearly gates?   Personally speaking, I'll be very upfront in saying I simply don't know.  I've met Christians on both sides of this issue and one can make as
solid an argument as the other.  What I can do however is share the verses that seem to cause so many people to come to this conclusion as well as some of the reasons I personally think there may be more than one way to look at the issue.  First of all, take a look below at the verses in question, which I've given their own page since there are a lot of them.

Thoughts on these and other verses

So do the above verses present an open and shut case for Christians being the only ones with access to God through Jesus?  Some will say yes of course and based on the above verses I can certainly see there arguement, and as I've admitted above, they may be right.

However do I believe that's the only conclusion that can be drawn from the Bible?  Not necessarily.  In looking at the Bible from an overall perspective rather than focusing in on certain verses, I'd like to throw out a few thoughts that have occurred to me over the years.

It’s plain from this as well as several other verses on the list that belief in Jesus is indeed essential to the Christian idea of salvation.  However what I want to point out is that the verse never specifies exactly what we are to believe about Jesus.  Whether we must acknowledge that He was the Messiah, a great prophet, the Son of God, or even merely that He existed at all.
That said it may be interesting to note that many of the major religions of the world do believe in Jesus Christ.
In fact many not only believe in His message but hold Him in as high a regard as their own founders.

-Muslims believe that Jesus (like Mohammad) was a great prophet and acknowledge his message as the word of God, though they interprut it differently.

-  Buddhists believe that Jesus was a Buddha.  His teachings were actually very similar to the founder of Buddhism's.

-  Some Hindus believe that Jesus was an avatar (God incarnate), which acknowledges his divinity more that some sects of Christians who discredit the trinity.

-Baha’is believe that Jesus was the vehicle of God’s message brought to earth.

12 Salvation is found in no one else, for there is no other name under heaven given to mankind by which we must be saved.”

This brings us back to the classic questions:  What's in a name?  Would Jesus by any other name bring as much salvation?  And furthermore, is it possible to enter into a relationship with Jesus/God even if you don't call Him/Them by these names?  In other words, if someone truly seeks God, will He allow Himself to be found even if the seeker uses a different name?  An interesting point to consider for some might be that the name "Jesus" was not actually the name of the Savior of the New Testament, which can be proven by the fact that there is no letter for "J" in the Hebrew alphebet.  Jesus name would've been pronounced "Yeshua" by the ancient Hebrews, yet most of us believe that He acknowledges us when we approach him with our culture's version of His name.  Does this make it easier for us to perhaps consider what His responce might be if He were approached by someone who referred Him and His father collectively as "Allah" or simply "Higher Power"?

The reason I bring up this verse is that it's the heart of why it seems so hard to believe that a person of any religion who sincerely seeks God would not find Him.  Not only does it seem wrong, it seems to go against this promise which is presented in the Bible.  God presents Himself here as someone who can't wait to be found by anyone truly seeking Him.  Should culture and religion be a barrier to this promise?

I bring up this verse because Jesus was using it to point out
how to know if believers where genuine.  For a religion who testifies that men will know of true followers of God by seeing the examples their lives set, shouldn’t we acknowledge that many other religions do produce very strong believers whose lives are bettered because of their relationship to God through those religions?  Therefore we must ask if this verse is merely a way to root out genuine Christians agaisnt non-genuine or truly to distinguish true believers against ins

“If a house is divided against itself, that house cannot stand.”

Likewise, this verse, most famously quoted by Lincoln but first stated by Jesus, brings up other problems with casting aside the followers of other religions as false or even evil.  Jesus stated this verse when he was being accused of casting out demons by using demons themselves.  As Jesus pointed out there, that
doesn’t make a whole lot of sense.  Likewise if the followers of other religions are doing good works and casting out the demons of their own lives by becoming better people, does it make sense to claim that they are able to do this through a false message?

This is one I wanted to throw in there because it's an often used arguement by Christians that basically states, "Well our religion must be right because our God is the only one still alive!  Mohammad, Buddah, and Confucias are still in the grave"  This has always bothered me simply because of it's factual incorrectness since none of the men mentioned above ever claimed to be dieties and are not the gods of their religions.  Mohammad, like Peter and and Paul,was a prophet and claiming that Islam is irrelevant because he died is as fair as claiming Christianity was debunked when John died.  Hinduism, for the record, does contain several tales of gods who died and rose from the dead, and Buddah never claimed to be anything more than a great teacher.