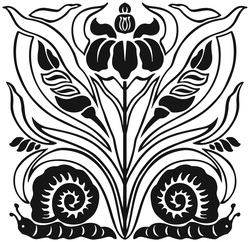 One of the problems many worshipers (especially  members of the Abrahamic faiths) who I have come across tend to have with religion is that it can tend so seem so singular.  They think that by labeling themselves as a “Christian” or “Muslim” then they must automatically adopt the viewpoint that they are right, other religions are wrong, and that everybody’s going to hell if they don’t come around and see things the “right” way.  For religions based on love and peace and that tend to attract many followers who love both, these can be hard ideas to come to terms with.  Well if there’s one thing that Baha’i does, it’s fix that.

The Baha’i faith is among the youngest in the world and was founded in the mid 1840‘s by a man by the name of Mirza Husayn Ali Nuri who would later be known as the “Baha’u’llah” which means “Glory of God”.  The Baha’i do away with the arguments over which religion is valid by stating that in fact they all are.  Baha’i recognize the prophets and founders of all major religions from Jesus, Abraham, Muhammad, and Zoraster, to Krishna and Buddha.  The religion’s founder, Baha’u’llah explained that the prophets of former centuries where just that; prophets sent to specifically deliver a message to certain cultures during certain time periods.  He claimed that just because those prophets where and are valid doesn’t mean that there couldn’t be more prophets sent along in later centuries and asserted that in fact he was the latest.
One way to look at Baha’u’llah’s theory is by considering the life of a child.  A kid isn’t going to forever live by the rules he does when he is 5 years old, but is going to be given an evolving set of expectations as he grows.  Baha’u’llah claimed that this was just the case with humanity as a whole and that we had finally evolved to a point where we were ready to receive the newest revelation which was in fact one that would unite all the others.
The Baha’u’llah’s message was one of unity, a call to all the people and religions of the world to realize that we are all in fact one global community, a claim that recent advances in technology seem to support more and more every day.  If the vision of the Baha’i people were ever realized it would result in one world government, religion, and language

Basic Beliefs of the Baha'i Faith: 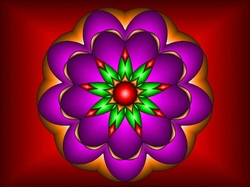 -Every individual does have a soul that is created at the moment of conception and that it travels on after death through several different “worlds” which could also be described as planes of existence.  Baha’u’llah compared this world to the womb where a child develops and prepares to enter another world, therefore the main purpose of life on this earth is to seek and form a relationship with God.  To what extent the soul has developed determines how near or far from God it will be upon death, which can be understood by some as the concepts of Heaven or Hell.

-Lifestyle should be focused on treating fellow humans with equality and serving the community through one’s work.  Followers develop spiritually through studying God’s revelations as revealed through his messengers as well as through prayer and meditation.

-  Worship is open to everyone and in fact many Baha’i even look at practitioners of other religions as brothers because in the end they believe we that all religions come from the same source.

-  Work performed in service to others is itself a form of worshiping God.

-  Prejudice in any form should not be tolerated.

-  Recognition of the rights of women as having equal rights as men is strongly emphasized.

-  Followers acknowledge that all religions come from the same source.

-  Followers support the elimination of both poverty as well as extreme wealth.

-  The unification of all nations of the earth is very important.

-  Recognition of the responsibility of each human being to search for truth individually.

-  Realization that religion is meant to be in union with rather than opposed to science.

-  Members pray each day, fast from March 2-20 from sunrise to sunset, and observe 9 Holy days which are listed on the next page.

-  Members should not consume alcohol or recreational drugs.

-  Members who are able make at least one pilgrimage to the shrine where the Bab is buried as well as to the houses where the Baha'u'llah lived.

In a way the Baha’i religion actually had it roots in Babism which was a social and religious reformation among the Shi’ite Islam people of 19th century Iran, which included such aims as elevating the status of women.  Unpopular with the Islamic leaders at the time, the leader of the movement, known as the Bab, was arrested and executed but predicted before his death that he had prepared the way for one greater than himself who would bring a universal religion to the world.

Soon after, Mirza Husayn Ali Nura (later to become the Baha’u’llah) was arrested and brought back to Tehran, Iran the city of his birth.  Also a key figure in the Babist movement many of the Islamic leaders where of the opinion that he should share the same fate as the Bab, but lucky for Baha’is everywhere it was not to be.  You see the future Baha’u’llah was from a very prominent family who could trace it’s lineage back to the rulers of Imperial Persia so rumors of his impending doom drew protest from not only other prominent families but also Western embassies.  Their plan foiled, Baha’u’llah’s enemies where forced to come up with another plan which seemed on the surface like a pretty good one.  They would send Baha’u’llah to the most horrible prison in all the Persian Empire, a place named Siyah-Chal or “the black pit”.

The plan was that while imprisoned there during four month sentence, the Baha’u’llah would meet his end a little less publicly within the prison walls, however again, it was not to be.  Rather than die, Baha’u’llah instead had a revelation from God.  Upon his release the Baha’u’llah endured a period of exile which would take him from Baghdad to Kurdistan, to Constantinople, Adrianople.  It was during his stay in Baghdad that that he announcd in 1863 that he was the One who was predicted and promised by the Bab.

In 1868 he, his family, and followers where sent to the dreaded prison city of Acre in Palestine, a place traditionally reserved for the most violent or insane of criminals.  However, always one to make the best of a situation, while imprisoned Baha’u’llah composed one of his most important works, the Kitah-i-Aqdas or “Most Holy Book” which is still a foundation of the Baha’i faith.

By the late 1870s Baha’u’llah was allowed outside the walls of the city and he and his followers began to live in an abandoned mansion nearby which was also to be his final resting place.  The Baha’u’llah passed away on May 29, 1892 and was buried in the mansion, a place now called Bahji and considered by the Baha’i among the most sacred places on earth.

Upon Baha'u'llah's death, the torch was passed to his eldest son who became known as Abdu'l-Baha' which means "servant of Baha".  Considered the sole authority on his father's teachings Abdu'l-Baha helped solidify the foundations of the Baha'i faith as well as greatly expand it's reach due to a series of pilgrimages to the West where he proclaimed it's message.