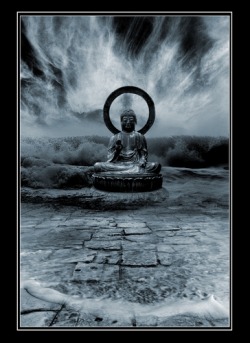 Like I said on the last page, don't despair if at this point not everything makes alot of sense.  Even Buddha himself said that the path I'm about to discribe can be followed even by those who don't quite understand it.  He said a man who waits til he understands the nature of everything to persue freedom is like a guy who gets shot with a poison arrow and won't let the doctor treat him until he knows exactly who shot him, where, why ect.  Like poison arrow guy, if we wait until we understand everything to persue truth, we may wait until it's too late.  That said, let's continue!

Basically at this point Buddha is trying to come up with a way to understand and escape suffering and in his thoughts, he's come up with what he called the 4 Noble Truths, which are as follows: 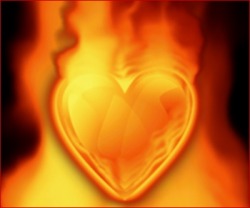 All of life is suffering.  Pessimistic?  Kinda.  But Buddha felt that he had to introduce suffering in order to explain the need to escape it. This pretty much covers the full spectrum:  everyone gets sick, and eventually old, and finally dies even though we treat the last two things like rumors until they actually happen.  Even we we are happy, we can never freeze that moment and remain happy forever so therefore anxiety (a form of suffering) follows us around like a homeless puppy.
Buddha saw life as a constant struggle to achieve goals that we think will make us happy; a new job, a great car, money fame, ect.  However, in the end none of them last or quite fill the void, which leads to even more suffering and the the cycle begins all over again. 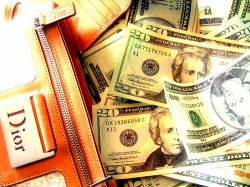 Noble Truth two describes the reason for our suffering.  Buddha didn't think that happiness in itself was bad, but the instinctual desire to cling to happiness was what eventually turned it into suffering.  For instance it's not money, designer clothes, cars, ect that are bad, it's the constant craving to obtain and sustain those desires.  Attatchment of this kind mistakes things that won't last forever for permenant realities.  This attatchment seeks to cling to and preserve forever things that are actually in a constant state of change.
Buddha also goes back to the belief in a soul as a source of suffering here, claiming that since there is not a concrete way to define "me", that we will always remain in a sort of confusion about who we are.  He goes on to say that we can only be insulted or hurt if we think of ourselves as well..."selves".  If you think of yourself only as a set of constantly changing realities or situations, there's no way to be hurt.  This only occurs when you think of yourself as a permanent reality enduring throughout time. 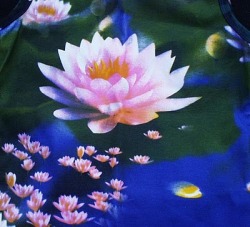 The third noble truth says that the cure for suffering is non-attachment, which defeats the cravings spoken about in the above truth.  What this means is that it's okay to be happy or sad but you eventually learn to experience those emotions and then move on to the next ones.  For instance if you have a really great vacation, this truth says that you should leave it at that, rather than spending the next year yearning to be back in Bermuda.
Buddha believe that enlightenment is a sort of all encompassing "nowness", which everyone has had glimpses of. It's those moments where you are totally present in the moment, with no longing for what's going to happen in the future or things that you experienced in the past.
Enlightenment has been described as a freedom that comes from letting go of the idea of existing as a "self" but instead being a constantly changing part of a bigger picture. 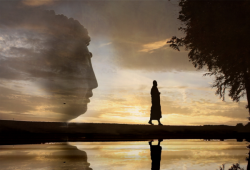 How can we attain such freedom?  The fourth noble truth states that enlightenment (or Nirvana) is achieved by following a path called the eightfold path, which consists of...you guessed it 8 principals.


Right Understanding-
This basically means seeing things as they really are.  For Buddha it meant fighting the good fight against intellectual and emotional confusion, understanding the idea of having no ego or self, and seeing into the true nature of things.  Part of this is also sorting out things of merit (not sinning, not killing, telling the truth, refraining from stealing…basically “good”) and demerits (killing, cheating, lying…basically “bad”).  It encourages knowing the difference between good and evil and having the sense to know that choosing what is right is more beneficial in the long run that what is wrong.  Some original Buddhist texts so highly prized intelligence that they regarded ignorance as a sin.  This contrasts with the Western idea of “Blind faith”, such a concept is not prized in Buddhism.

“An enemy can hurt an enemy, and a man can harm another man, but a man’s own mind, if wrongfully directed, can do him far greater harm.”  - Dhammapada, 42

Right Intention
Where as right understanding is seeing things as they are, right intention is putting that wisdom into action by being committed to mental and moral self-improvement.  Buddha said there were three types of right intentions:

1.  Intention of Renunciation- resisting the pull of desire

2.  Intention of Good Will- this means resisting the feelings of anger and other harmful emotions

3.  Intention of Harmlessness- this one means developing compassion and not thinking or acting in a violent or cruel way.

Right Speech
As we all know, some of us far too well, the words we speak can highly affect our lives from in the best and worst ways.  Buddha suggests here that we tame or tongues so to speak and advices a couple of ways to do it:

2.  Abstain from slanderous speech or words that could turn people against others.

3.  Be careful not to say things that offend or hurt other people’s feelings.

Basically tell the truth, be friendly, don’t gossip, and don’t get caught up in too much small talk.

Right Action
This one involves things you physically do in all senses of the word.  For example:

1.  We should try not to cause harm to or take the life of any living beings including ourselves (via suicide).

2.  Don’t take anything that isn’t yours or isn’t given to you.  This means no stealing, or dishonest transactions.

To sum up, respect the life and things of others, do no harm, and don’t allow sexual relationships to hurt others.

Right Living-
Contrary to what some may believe, Buddhism doesn’t have to be about refraining from the good things in life.  In fact, Buddha encouraged his followers to enjoy life and wealth as long as it was gained honestly and didn’t harm others.  However there were a couple of jobs that Buddha was less that impressed with as far as ways to make a living.  For instance, he encouraged anyone who sold weapons, people (as slaves or sexually), raised animals for slaughter, worked in butchery, or sold drugs or alcohol to reconsider their occupation.
And no matter how rich you got, he always warned against letting greed creep in to pull you back into the pattern of suffering.

Right Effort-
Right effort deals with how we use our energy.  For instance imagine if you used the same passion to fight injustice in the world as you did to cuss out that guy that cut you off during rush hour.  The truth is many of us use up tremendous self energy on things that bug us now but that in a week won’t matter at all.  Its incredible how passionate an unruly customer can be when his salad is brought out with the wrong dressing, but where’s that guy to be found when there’s a rally to raise money for kids with cancer?  Long story short, Buddha suggests we harness or energies to better ourselves and the world and here’s a couple of ways he suggested to do it:

-  try and steer clear of unwholesome or destructive states of mind

-  if those bad states of mind do arise, abandon them

-  try to put yourself in positive frames of mind

-  try to perfect and stay in those positive mind frame

Right Attentiveness-
This has to do with being very aware of our thought process, perceptions, and impressions.  For instance, one of the things Buddha pointed out was that most of the time when we have a first impression of a person or experience, it’s very hard to have a completely unbiased thought.  Because of the way our minds work, we very often are quick to associate new experiences or people to similar ones from our past and in this way our perceptions are often blurred.  For example, if you meet a girl wearing too much eye shadow, you may immediately associate her with a variety of things:  your slutty cousin who wears too much eye shadow, the girl who beat you up in jr. high who sported a similar eye shadow shade, a showgirl, a prostitute, and so on, all before you ever actually talk to her.  Therefore in this way, right off the bat your perception of her is somewhat skewed.  Buddha suggests we learn to observe and therefore control the way our thoughts work.  He suggested a couple of ways to do this:

- Contemplation of the body

- Contemplation of the state of mind

One of Buddha’s favorite ways to well…contemplate was through meditation.  Mediation is a deep form of psychological observation and retraining, through which you learn to reflect upon different parts or reality that can become confused in the normal conscious state.

Right Concentration-
Meditation can also be helpful here, because right concentration means learning to concentrate or focus on wholesome actions and states of mind.  Through meditating on the best states of mind and ways to focus on them, gradually they become more and more a part of your consciousness even after you are finished meditating.