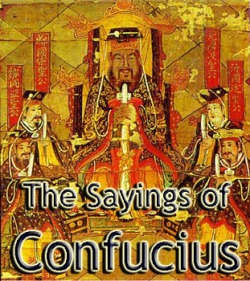 Be not ashamed of mistakes and thus make them crimes.

Before you embark on a journey of revenge, dig two graves.

Everything has its beauty but not everyone sees it.

He who will not economize will have to agonize.

Ignorance is the night of the mind, but a night without moon and star.

Our greatest glory is not in never falling, but in getting up every time we do.

Respect yourself and others will respect you.

Study the past if you would define the future.

To be able under all circumstances to practice five things constitutes perfect virtue; these five things are gravity, generosity of soul, sincerity, earnestness and kindness.

To see what is right and not to do it is want of courage.

When anger rises, think of the consequences.

Wheresoever you go, go with all your heart.

They must often change who would be constant in happiness or wisdom.

Fine words and an insinuating appearance are seldom associated with true virtue.

He who exercises government by means of his virtue may be compared to the north polar star, which keeps its place and all the stars turn towards it.

He who speaks without modesty will find it difficult to make his words good.

He with whom neither slander that gradually soaks into the mind, nor statements that startle like a wound in the flesh, are successful may be called intelligent indeed. 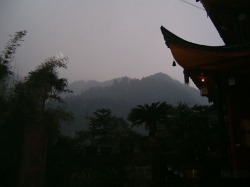 Life is really simple, but we insist on making it complicated.

Never contract friendship with a man that is not better than thyself.

Never give a sword to a man who can't dance.

Only the wisest and stupidest of men never change.

Real knowledge is to know the extent of one's ignorance.

The more man meditates upon good thoughts, the better will be his world and the world at large.

The object of the superior man is truth.

The strength of a nation derives from the integrity of the home.

The superior man is modest in his speech, but exceeds in his actions.

The superior man thinks always of virtue; the common man thinks of comfort.

The will to win, the desire to succeed, the urge to reach your full potential... these are the keys that will unlock the door to personal excellence.

To be wronged is nothing unless you continue to remember it.

To see and listen to the wicked is already the beginning of wickedness.

Virtue is not left to stand alone. He who practices it will have neighbors.

We should feel sorrow, but not sink under its oppression.

When you are laboring for others let it be with the same zeal as if it were for yourself.

Wisdom, compassion, and courage are the three universally recognized moral qualities of men.

Without feelings of respect, what is there to distinguish men from beasts? 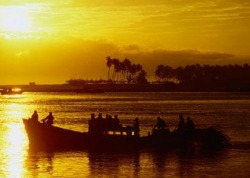 I am not one who was born in the possession of knowledge; I am one who is fond of antiquity, and earnest in seeking it there.

Ability will never catch up with the demand for it.
An oppressive government is more to be feared than a tiger.
And remember, no matter where you go, there you are.
Better a diamond with a flaw than a pebble without.

By three methods we may learn wisdom: First, by reflection, which is noblest, Second, by imitation which is easiest, and Third, by experience which is bitterest.
Choose a job you love, and you will never have to work a day in your life.

Do not impose on other what you yourself do not desire.

If I am walking with two other men, each of them will serve as my teacher.  I will pick out the good points of the one and imitate them, and the bad points of the other and correct them in myself.

If we don't know life, how can we know death?

It is more shameful to distrust our friends than to be deceived by them.

Back to Confucius Main Page
Back to Home