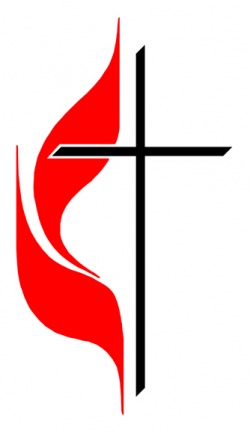 -  As far as theology goes, Methodists are very similar to Anglicans.  In fact, the Methodist movement was started back in the 18th century by a couple of brothers in England named John and Charles Wesley .  They noticed that alot of poor and working class people thought the Anglican church had gotten so snobby they were uncomfortable there.  So they broke off into a more laid-back group to encourage them to attend.

-  Did disagree however with the Anglican idea at the time of "predestination".  They believed that salvation was for everybody.

-  They think humans are naturally sinful and that we've separated ourselves from God and must be reunited.  They do think that achieving moral perfection is do-able while on earth.

-  Methodists also have a social creed.  What's that you ask?  Well long ago Methodists were disgusted by the horrible working conditions of the lower class, such as guys working in mines and factories.  So they drew up a creed to proclaim how they felt about it and encourage members to reflect on it.  Check it out here:
Methodist Social Creed 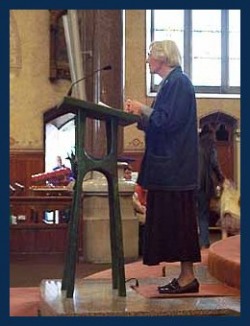 -  A cool thing about Methodists is that they allow ladies to be clergy.

-  Emphasis that logic and reason should be used in matters of faith.

-  Though good deeds are very encouraged and expected, they do believe that you can only actually be saved by faith in Jesus alone.

-  Methodists are very big into mission work and spreading the word of God.

-  They believe in 3 different kinds of Graces that you receive according to the different times in your life.  They are as follows:
Prevenient Grace:  the kind you get before you are saved and realize the err of your ways.
Justifying Grace:  this is what you get when you do indeed realize your errs and resolve to turn from them and receive forgiveness from God.
and last but certainly not least:
Sanctifying Grace:  This is for when you are saved from your own sin and reunited with God.