-  Much of their theology can be seen in their "brief statement of faith" which you can view by clicking here.

-  Believe in the Trinity (that God exists in the form of the Father, Son, and Holy Spirit).

-  Bible is considered the foundation of their faith.

-  Believe in the Apostle's Creed and Nicene Creed.

-  Saved "by faith alone, by God's grace only, through scripture only."  They believe that Salvation comes solely through the mercy and goodness of God and is for everybody from the kindest old lady to the meanest drunk.  We have merely to confess or sins and accept God's Mercy in the name of Jesus and like a parent welcomes home a wayward child, we will be forgiven.

-  Have two sacraments:  Baptism (done at infancy) and the Lord's Supper.

-  Believe that it's everybody's job (not just the clergies) to share the Good News of God with the world.

-  The unity of all Christian churches and denominations is very important to Presbyterians.  They believe that the wisdom of God overrides any one particular tradition or believe pattern. 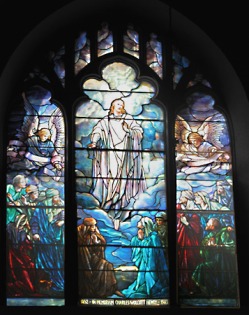 -  Have been noted for their views on abortion, which state that they affirm the ability of women, guided by God and the scriptures, to make good moral choices in regard to problem pregnancies.  They don't support abortions that are due to convenience or that are intended to embarrassment, but also do not what to see criminal penalties given to women who seek abortions or doctors who preform them.  They believe that there is no evidence that can point abortion being an unforgivable sin.

-  Believe that moderate drinking is okay but that heavy or illegal drinking should be opposed.

-  Are very against gambling of any sort.

-  Very split on views of homosexuality.  Some groups of protestants believe that it is a sin but that care must be taken to reject only the sin but not the person committing it.  More liberal groups accept it as a natural sexual orientation of some adults and seek to include gays in their clergy.