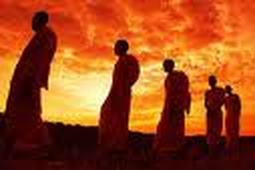 While there is a lot of literature to be found regarding Confucianism, a few books are particularly important.  The first are known as the Five Classics, literature that was mostly edited by Confucius.  He was very clear that he didn’t write them, insisting that he was a transmitter of ancient knowledge rather than an author with revolutionary new ideas.  These five classics became the basis for Chinese learning from about 133-1912.

The Book of History-
Also known as the Book of documents, this collection of ancient royal speeches and other material from ancient times was edited together by Confucius.  He put them in Chronological order and included introductions for them.  One of the chapters in this book mentions the five elements which is the ancient Chinese teaching that the world is made up of five elements:  water, fire, earth, metal, and wood.  An energy called Chi is said to tie them all together.

The Book of Poetry-  This is one of the oldest collections of Chinese poetry or songs.  Confucius did a lot of editing, selecting many songs with a moral lesson.

The Book of Changes-  Well known in America as the I Ching, this was Confucius’ favorite book in the collection.  On one hand it is a book of ancient wisdom including secrets about life and chance and the way things interact, are born and die.  It also however is a divination manual that explains readings that can be done through 64 hexagrams.  Some loyal followers of the I Ching claim that these hexagrams can be used to read and influence the future.

The Book of Rites- This book deals with ancient etiquette (li) involved in ritual, government, and philosophy.  It envisions a harmonious society where orphans, widows, and the poor are cared for.   The Historical Spring and Autumn Annals- A record of Confucius’ state (called Lu) from 722- 482 B.C.

The next set of Confucian books where brought to prominence by a group called the Neo-Confucians and rose to such importance that they were the basis for Chinese civil service exams for over 500 years.

The Great Learning-
Originally a chapter in the Book of Rites, the Great Learning discusses noble character and statesmanship as it applies to rulers.  It provides 8 steps for a smooth sailing society and ultimately world. The first five steps are to be done by individuals and the last three for society as a whole.  They are:

5.      Cultivation of the personal life

The Analects-
The Analects are a collection of Confucius’ sayings, deeds, and sometimes short stories that where put together by his students.

The Book of Mencius-
This is a collection of teachings by one of Confucius’ followers who lived about a hundred years after his death.  He was very influential in popularizing Confucianism and held to the belief that human beings where basically good and that violence was no good to anybody.

The Doctrine of Mean-
Also originally part of the Book of Rites, it was also deemed good enough to stand on it’s own.  It deals with the principals of the universe and the perfection of the self by maintaining a state of psychological equilibrium.

Hsiao-   Love within the family.  For Confucius, the family was extremely important and the love and respect of children for their parents was greatly encourage.  In return parents where expected to love and care for their children.

Chung -  loyalty to the state.

Junzi-   the ideal person that every man should strive to become.  A superman or “superior man”.  Confucius believed that men of any class could become Junzi, a revolutionary idea during his time.